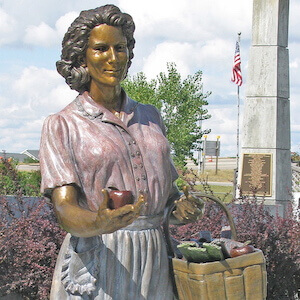 “To honor the six million American soldiers served, and the loving hands who served them, at the North Platte Canteen. 1941 to 1946”

For five years during World War II, more than 55,000 women from 125 Nebraska communities volunteered tirelessly at the North Platte Canteen. The Canteen workers met and served every single U.S. troop train that went through the North Platte Railroad Depot, seven days a week, greeting 3,000 to 8,000 men a day, totaling over six million servicemen.

The story of this community outpouring of kindness to our nation’s soldiers has been memorialized in a public TV documentary and in the book by Bob Greene, “Once Upon a Town, The Miracle of the North Platte Canteen.” The Canteen provided a ray of light in the midst of a dark time for our country and especially for the soldiers the canteen served. The generosity, goodness and commitment of the Canteen volunteers in North Platte was mirrored in many Midwestern towns along the Union Pacific rail line.

My sculpture honoring these amazing women is called, “Our Canteen Lady.” She is a life-size bronze, made using the lost wax technique. I modeled the sculpture from photographs of the actual women who served at the North Platte Canteen. Many of the details were modeled after original items from the 1940’s. The young woman’s dress and apron, the egg basket, and even the pack of cigarettes were recovered from museums, antique shops and attics in my community.

The young woman in my sculpture has the look of a robust, healthy, pragmatic farm girl. With a warm smile and a basket of treats, she steps forward to meet a train filled with troops; but she extends her hand with an apple to one solitary soldier. That’s the genius of the Canteen spirit – helping six million people one soul at a time.

The original casting of “Our Canteen Lady” is a permanent installation at the American Veterans Memorial off of I-80 in North Platte, NE. The sculpture is part of a limited edition of 3 castings. Number 3 is also a permanent installation in North Platte, at the Prairie Arts Center. The #2 casting has been displayed at various outdoor sculpture exhibits from 2011 to 2019, in Sioux Falls, SD, Sioux City, IA Salina and Hutchinson, KS, Yankton, SD, and Hurricane, Utah. There are no other castings of my Canteen Lady. 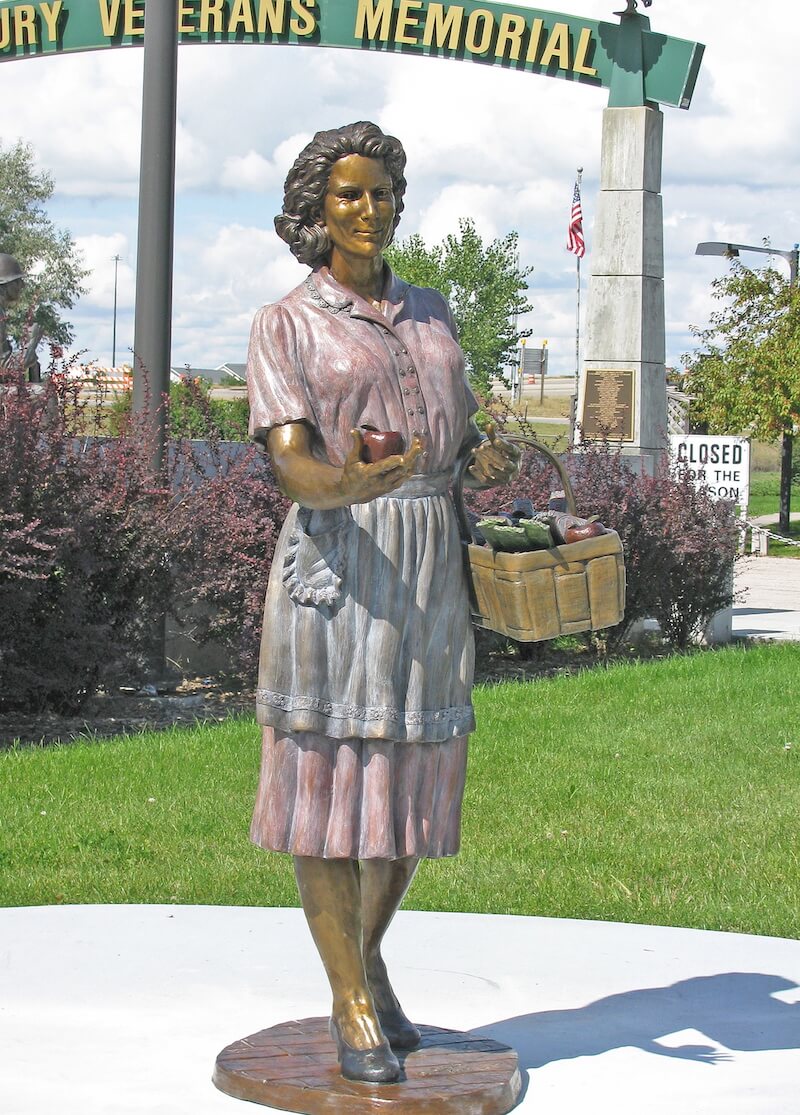 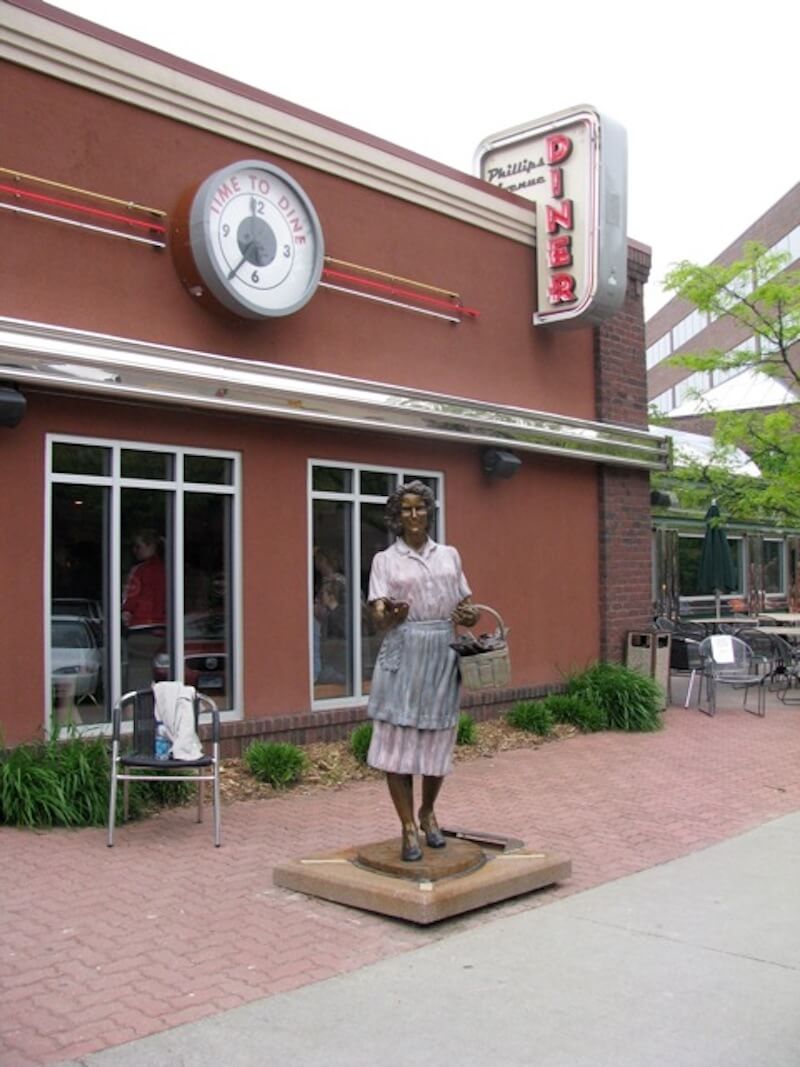 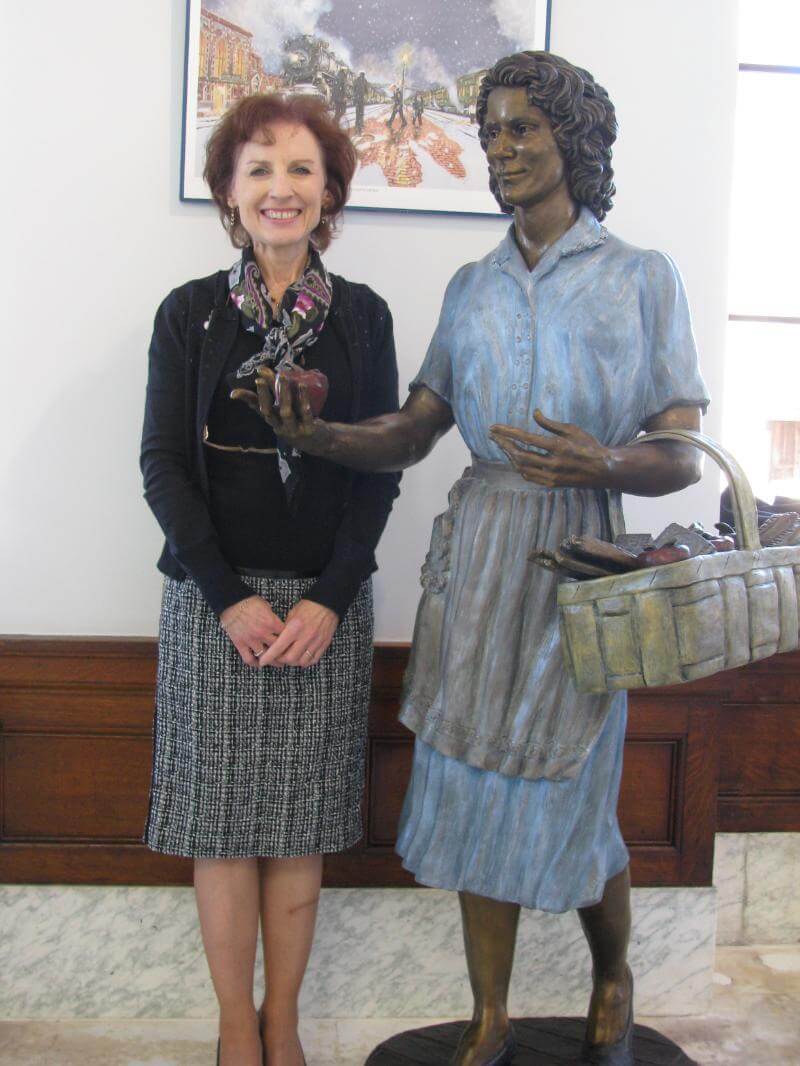 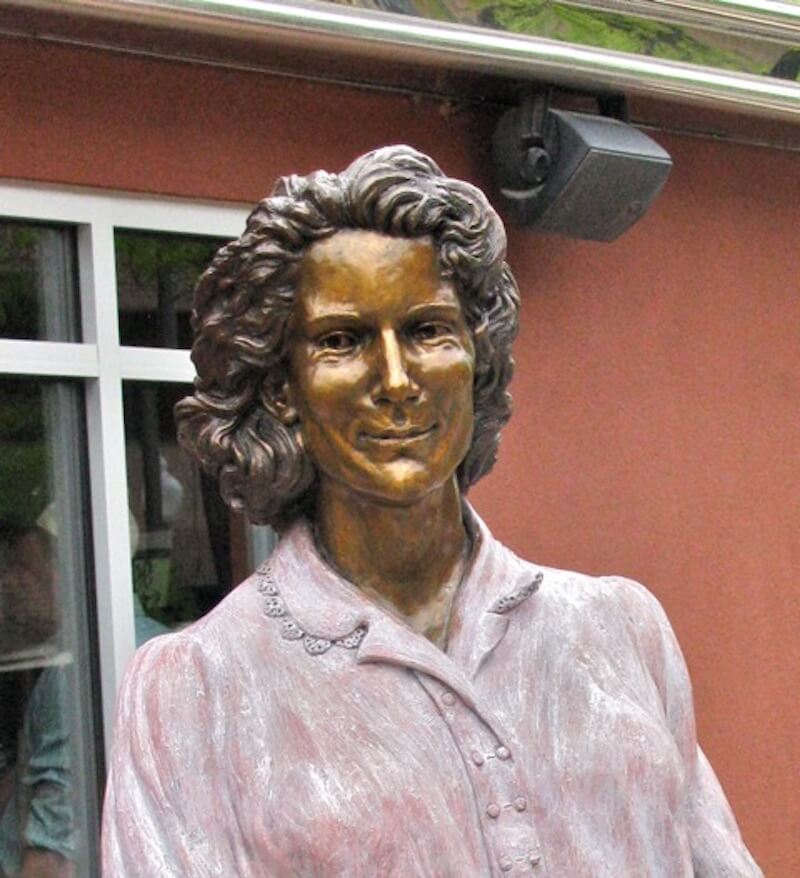 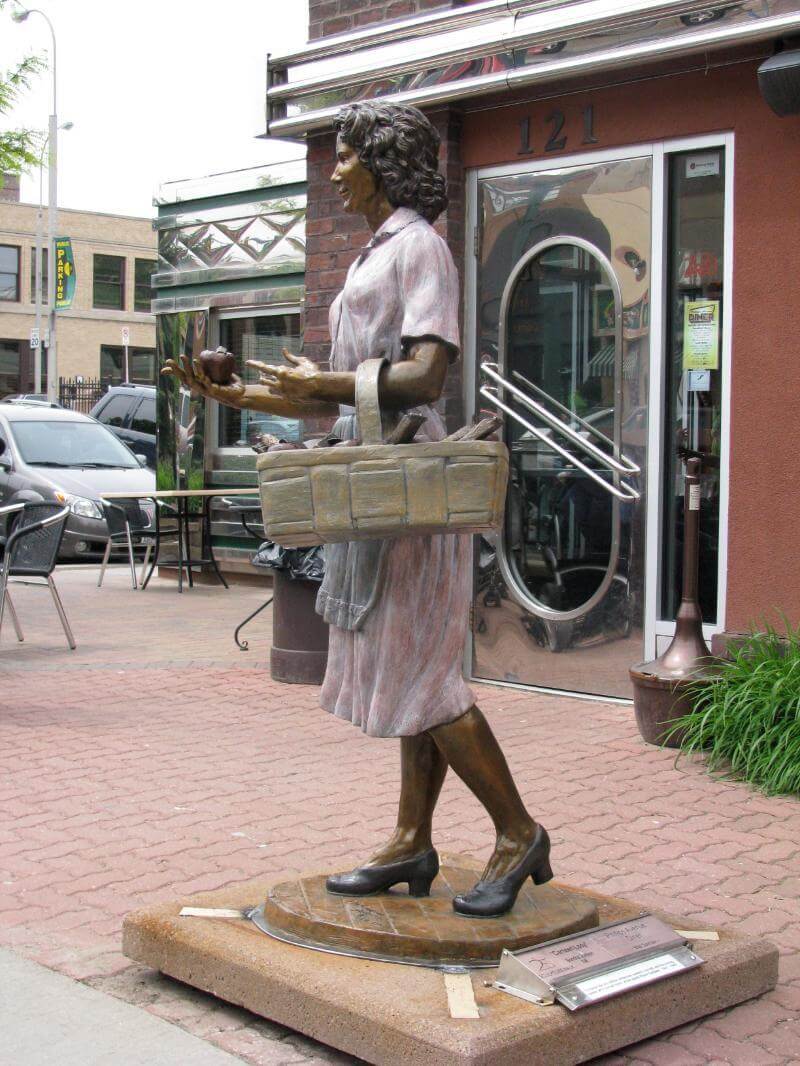 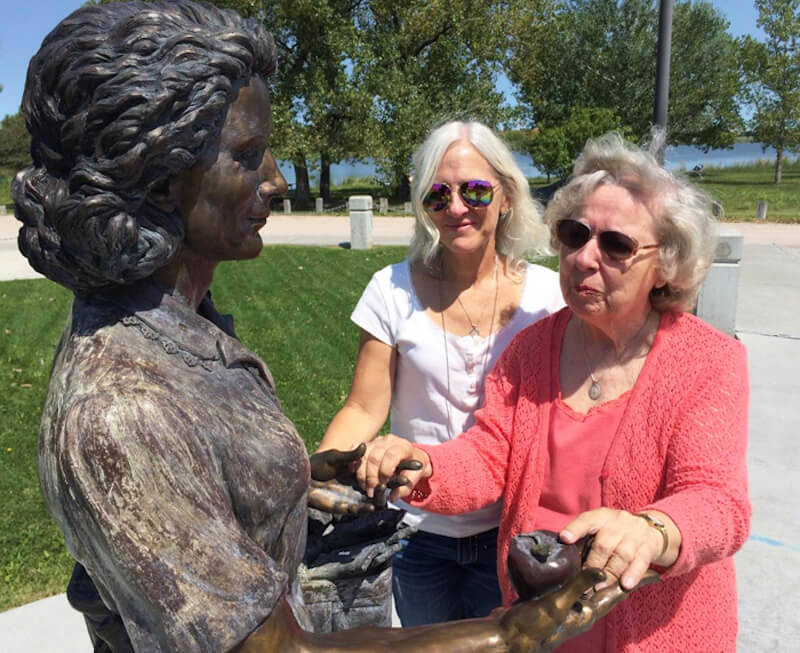